Despite the wealth of fully original characters from these bromide cards, it was the 'rip-off photos' that gave Pachimon (Japanese for 'stolen monsters') its more infamous reputation; terrible shame of inaccuracy and people's misconceptions, really, and I'm no better either, by continuing my series of Pachimon Kaiju articles with said infamy.

Today, we have Tobozu (sometimes called Tohboze), who seems to be some type of sea monster who's invading a ship filled harbor. Many of you will immediately notice that Tobozu is a thinly disguised Gamera, lacking his original turtle shell, given a brown / orange-ish colored skin in place of the original dark green, uneven looking head spikes, and an extended under-bite. 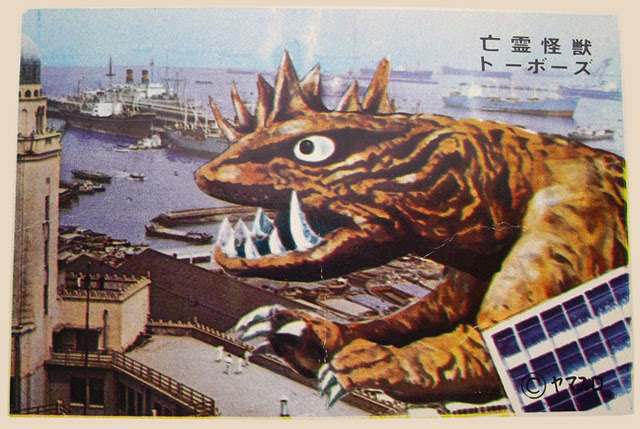 But what really gets my interest is the small group of vacationers by Tobozu's hands / feet who haven't noticed or simply just doesn't care about their approaching doom. If you think that tidbit with the oblivious causalities is hilarious, I'll introduce you all to the London-based Danopura next time!

Before I leave you, I'd like to share my own artistic interpretation of Tobozu which is less of an educated guess on the monster's off-camera body shape than I just simply copying Japanese fan art of Tobozu, notably the Mugen video game versions. 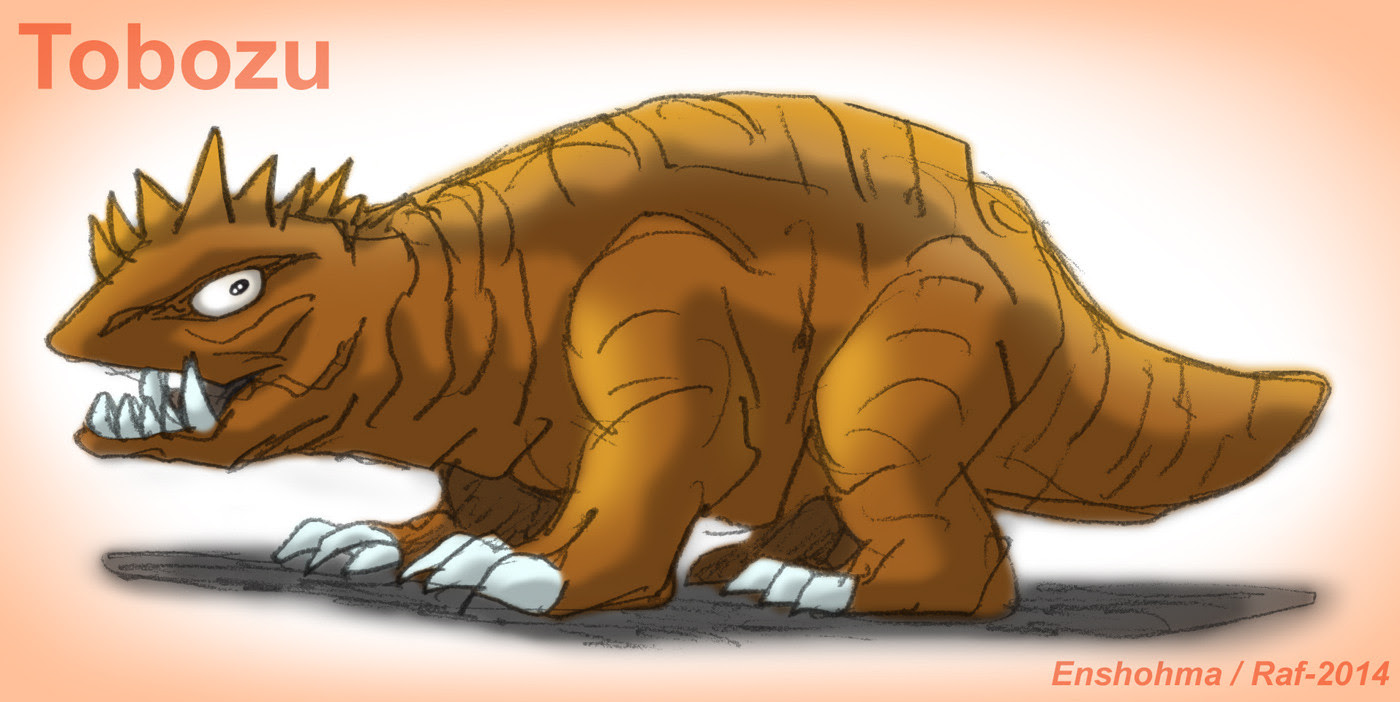