Crap…Well, I was going to publicly announce my love for a certain sphinx lady tonight, as part of my month-long salute to Obscure and Overlooked Kaiju.

But then Anime News Network had to come along, and rain on my parade, by announcing a new series of Japanese-produced Godzilla films, to be produced independently from the Legendary Pictures series.

Now, we had a similar jump-the-gun moment with this same news earlier in the year, so I'm going to wait until more confirmation comes in (UPDATE: It's for real).

So let’s do a Godzilla related one, shall we? 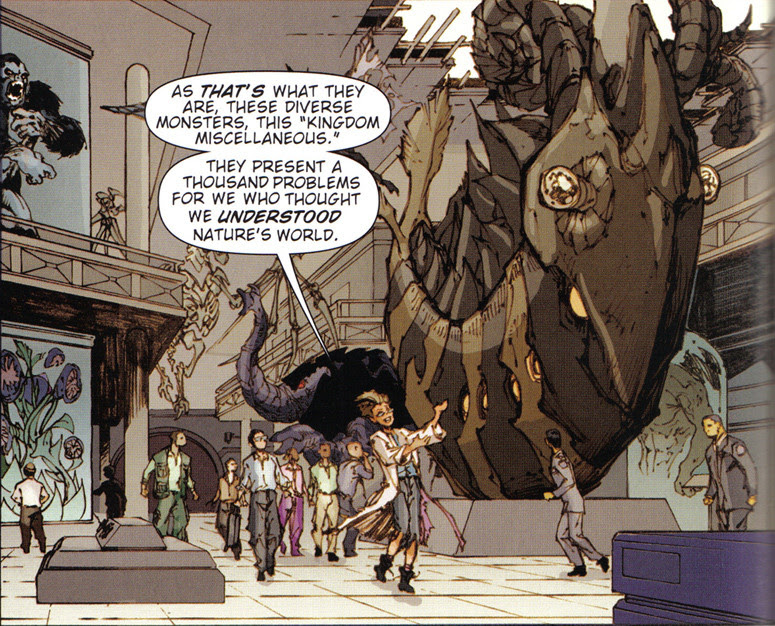 Giant Shrimp-Looking Thing (as it's flippantly referred to, by one character), made its minor debut in the 2014 graphic novel "Godzilla: Awakening", as one of the lesser-sized mutants to hail from the same wacky age as Godzilla and the MUTOs had.

Unfortunately, the less-than-comprehensive artwork, and pretentious nature of "Godzilla: Awakening", doesn't give this new monster (along with all the other archived beasts at a secret Monarch Museum), any decent exposure.

Though unlike ’The Saber-Toothed Gorilla’ from Dark Horse’s Godzilla comics, Giant Shrimp-Looking Thing does shows up for one more panel. And by doing so, suggests that these prehistoric sea creatures were common prey for larger monsters; like the deadly cell collective dubbed The Shinomura.


And yeah, these Giant Shrimps may be puny, when compared to Godzilla himself, but they’re still quite big in comparison to a human. And worth mentioning like similar overlooked ‘Minor Kaiju’, such as Giant Condor (from ”Godzilla vs The Sea Monster”), and Giant Sea Snake (from ”King Kong Escapes”).

I’d include Oodako to that same list...But considering the secret history of that giant octopus, in-and-out of the main Toho-produced monster movies, one comes to the simple conclusion that...OODAKO IS THE GREATEST MONSTER TO EVER LIVE!!!

But that, dear friends...is a tale for another time.
Posted by Enshohma at 5:30 PM 1 comment:

UPDATE: Unlike some people, I'm more than open to correcting my own mistakes, and updating my blog posts if there's inaccurate information. But I hope my readers understand that we're dealing with obscure monsters from equally obscure media. So please give ME some slack, in that regard.

Thankfully, I was able to confirm with another site of Segosu's correct name and English spelling, that of Yagosu.

The following guy is so obscure, that I only discovered him on some long defunct (and some still active) tumblrs by chance!

"Daikaiju Yagosu" (or "Yagosu the Giant Monster") appears to be an original manga or story book from the 1960's, featuring a crustacean-type monster. And with a bulging-eyed face that only a mother could love. 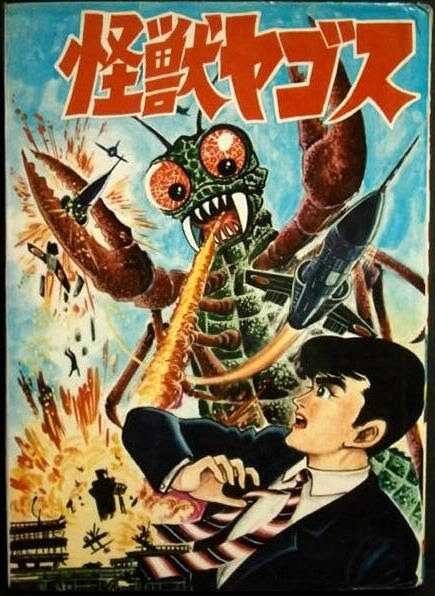 And that's all I know about Yagosu, as again, it's that obscure! Of course, if more information comes in, I'll be sure to share it in a follow-up.

However, I will say that The Golden Age of Japanese Monsters, or the 'Kaiju Boom' of the 1960's, went far beyond mere films and television shows.

Resulting in original Kaiju being created for comics, books, magazines, toys, board games, bromide cards, record albums, and advertising. There was even renewed interest for Yokai mythology (Please SEE Shigeru Mizuki), and imported movie and television from America, and elsewhere!

With Yagosu here, being only a small part of this long passed decade of giant monster mania.
Posted by Enshohma at 6:00 AM 2 comments:

Enshohma's going 'Kaiju Krazy', by sharing obscure and overlooked giant monsters, all throughout the month of December! 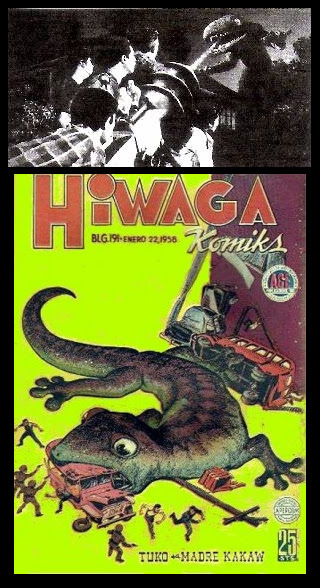 "Tuko sa Madre Kakaw" (or "Gecko in Madre Cacao") is a currently lost Pinyo (Philippine / Filipino cinema) science fiction movie from 1959. And probably one of a handful of such Pinyo films to feature giant monsters from that period. And as such, these are the only known images available from this currently lost production, courtesy of the blog Video48.

Character actor Vic Diaz plays the role of a mad biologist, who plots to conquer the world and destroy mankind, by formulating a serum (or formula) that can increase the size of animals a hundred times. He tests the serum on a ‘tuko’ (gecko), which turns into a giant menacing reptile.

"Tuko sa Madre Kakaw" is reported to be based on the novel by Clodualdo del Mundo, and was serialized in the magazine "Hiwaga Komiks". The finished film also starred Willie Sotelo, Nita Javier, Hector Reyes, Luz Valdez, and Oscar Obligacion, and was directed by Richard Abelardo. 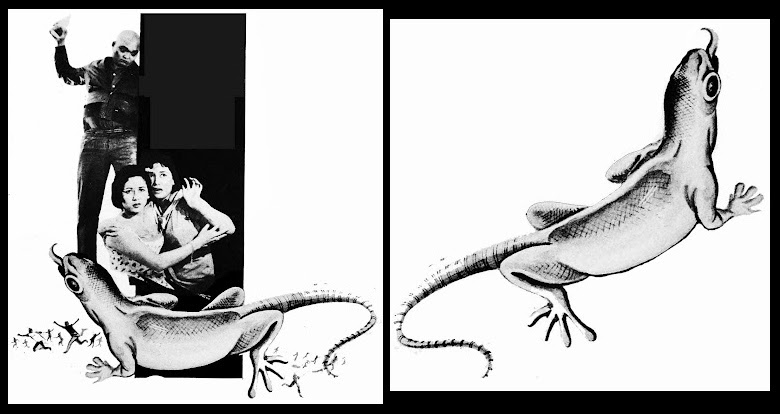 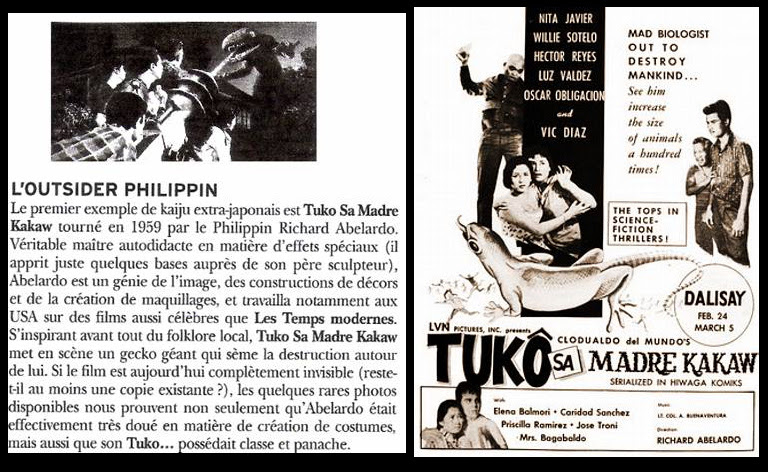 Talented artist and fellow DeviantART member, Elden Ardiente, shared with me that he actually WATCHED this film on television, back in the day.

This brings some hope that "Tuko sa Madre Kakaw" is not completely lost from history. And might find its way onto the internet, like other lesser known fantasy movies in recent years ("The War God" for example). I posted the first half of this article over at my DeviantART page, from which Elden had this to say:

I've watched that film when I was very little. It was one of them after-lunchtime movies that no one ever gets to watch, but only when either you're too young for school or you took a sickie from work. I thought that movie was very cool. At this point in my life, the only movie monsters I've seen were "King Kong" (1976), Sinbad Monsters from the trailers, a giant crab from God knows what movie, and this Giant Gecko. And have never known Godzilla yet.

Thanks for showing this; brings back some great memories.


As an historian of giant monsters, to actually know someone who's seen this film, and one who's a well-liked acquaintance from DeviantART, is an awesome coincidence indeed!

So I had to ask Elden some further questions, like if there was more than one enlarged animal in the movie? And how 'Tuko' (The Giant Gecko) was brought to cinematic life?

As far as I remember, I think I was 4 years old that time, it felt like it there was a man in a suit and some puppetry involved. It was convincing enough. I think the Tuko was the only monster there. I remember the mad scientist played by a popular actor - he was quite scary. I'd love to see this movie again!


Major thanks for the information, Elden! I myself would just love to see this film period!

Based on his reply, along with the images posted above, confirms that 'Tuko the Giant Gecko' is a man-in-suit creation. And the stand alone 'mon-star' of "Tuko sa Madre Kakaw".

If more details around this lost Pinyo-Kaiju-Eiga comes about, I'll be sure to share it in a follow-up article. For now however, check out the official Facebook page for "Godzilla: Heritage"; an ambitious fan-film in-development, of which Elden Ardiente is doing creature designs for.

And here's some of Elden's computer-generated renderings, done for the project:, straight from his always impressive DeviantART account: 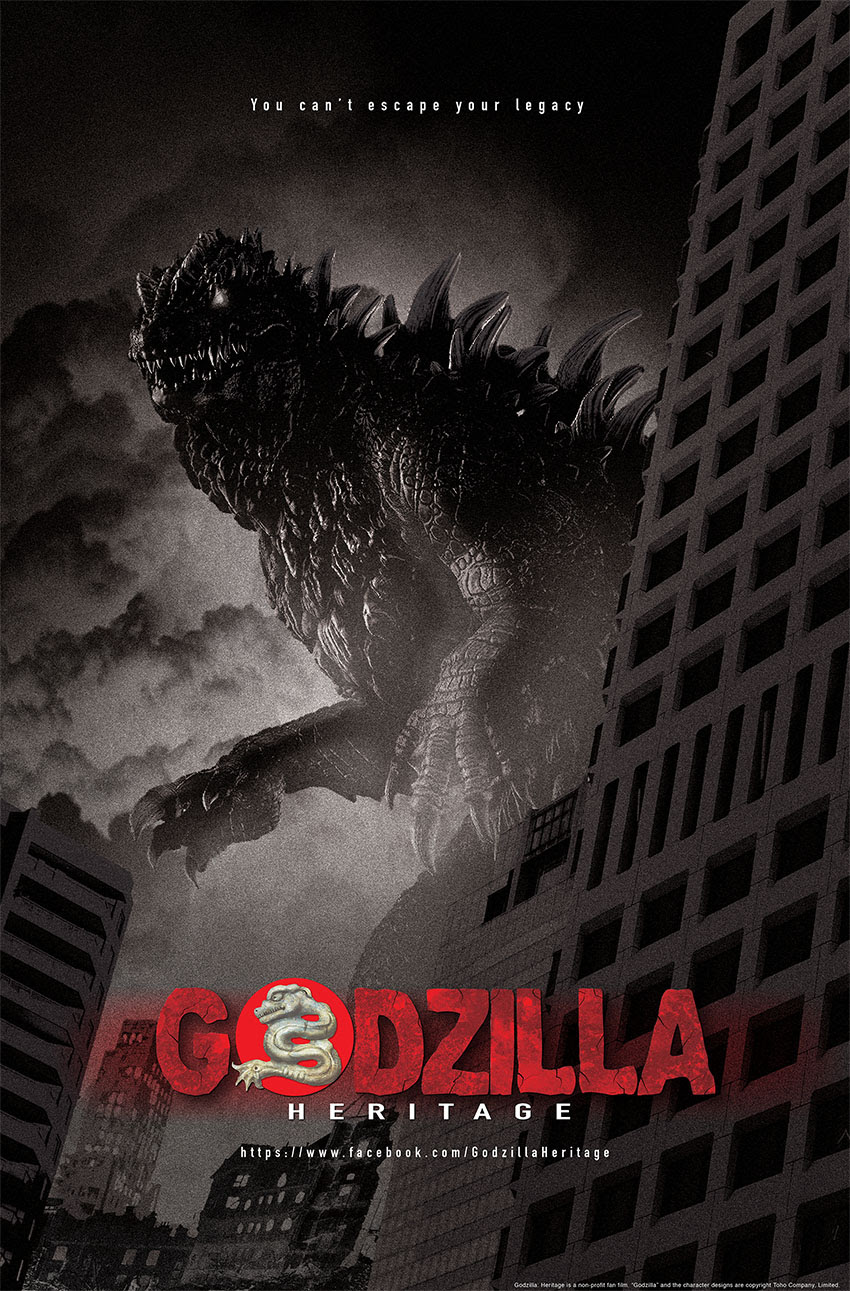 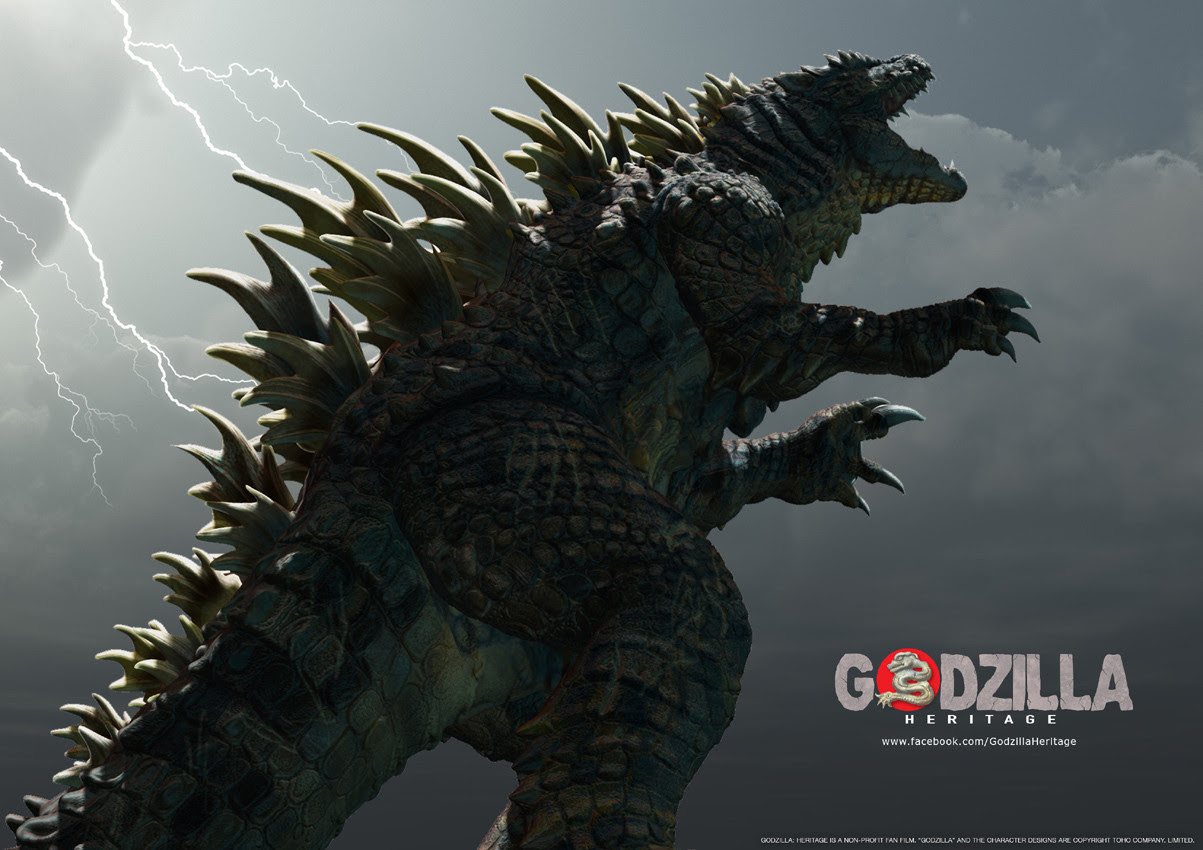 Posted by Enshohma at 8:11 PM No comments:


While going through all these different Pachimon Kaiju, I've come to discovered that even the fully illustrated characters, are taken from preexisting sources. Including some from American comics, and picture books. Such as "Boris Karloff's Tales of Mystery", and the works of science fiction illustrator Edd Cartier.

Despite my initial hopes, it looks as if these vintage bromide cards, really do live up to their modern nickname of Pachimon ('Stolen Monsters').

However, Shirako here (along with past showcase Danopura) appear to be fully original designs, made exclusively for these offbeat cards. Or at least until I stumble onto said monsters' origins, within some obscure Japanese source. Courage.

Not much to say on Shirako himself, other than he's a old school reptile monster, done with a healthy amount of appealing goofiness. And the chosen colors of violet-blue skin, piercing red tongue, and bright yellow eyes are nice touches.

But poor Shirako would still disappear among all the other reptile and dinosaur-inspired beasts from the golden age of Japanese giant monsters.

The photo background before Shrako, is clearly New York from the same time period (possibly the '60's). But Shirako's placement within the image raises some visual confusion for me; is Shirako standing on a skyscraper, looking down onto an already massive Big Apple, via King Kong?

Or is Shirako so ridiculously colossal, that even skyscrapers hundreds of meters in height, are literally beneath his titanic foot?

I favor the former theory, due to my appalling habit of applying logic to silly fantasy monsters, without denying base silliness.

Posted by Enshohma at 2:55 AM No comments: